Stand with Winsome PAC and move ever forward!

By entering your phone number you agree to receive text messages.

Winsome Earle-Sears, a native of Kingston, Jamaica, immigrated to the United States at the age of six. She is proud to have served in the United States Marine Corps. In addition to her various appointments, she has served as the Vice President of the Virginia State Board of Education; and as a presidential appointee to the US Census Bureau, as co-chair of the African American Committee; and the Advisory Committee on Women Veterans to the Secretary of Veterans Affairs.

Winsome was first elected in 2002 to a majority Black House of Delegates district, a first for a Republican in Virginia since 1865. She is the first female Lieutenant Governor of the Commonwealth of Virginia, and the first Black female elected to statewide office. As Lieutenant Governor, Winsome Earle-Sears presides over the Senate when they are in session.

A former program manager for the Hampton Roads Chamber of Commerce and VISTA volunteer, Winsome is a trained electrician and successful businesswoman. However, Winsome is most proud of her community work leading a men's prison ministry and as director of a women's homeless shelter. She holds a B.A. in English with a minor in Economics, and an M.A. in Organizational Leadership, with a concentration in Government. Winsome and her husband, Terence, have two daughters Katia and Janel, in addition to DeJon, and granddaughters Victoria and Faith, who are now looking into the face of God.

Thank you for coming and exercising your rights to assemble and to speak freely. These are our God-given rights to be free in our great country. They are our first amendment rights. We are here also to support our second amendment rights. 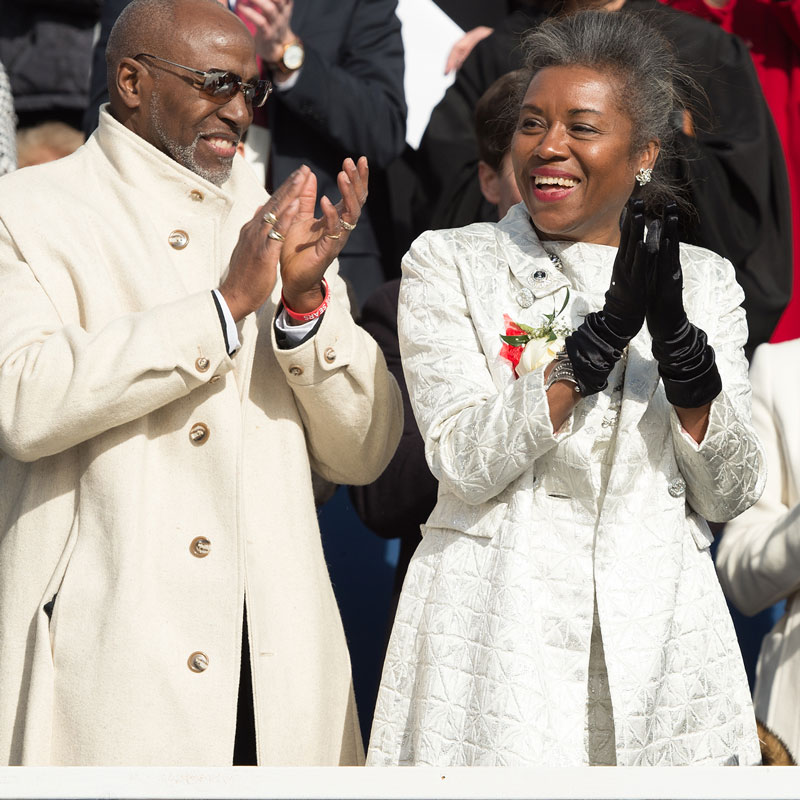 Virginia’s first Black female lieutenant governor was sworn in Saturday afternoon. Winsome Sears took office after a nearly 20-year absence from politics. While the achievement is history-making, Sears said she is more focused on getting to work than receiving praise.

Stand with Winsome PAC and move ever forward!

Paid for by Winsome PAC
Not authorized by any candidate or candidate's committee.
www.winsomesears.com